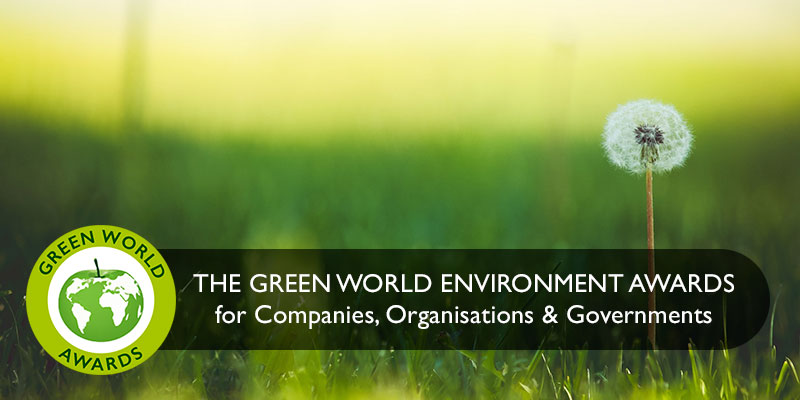 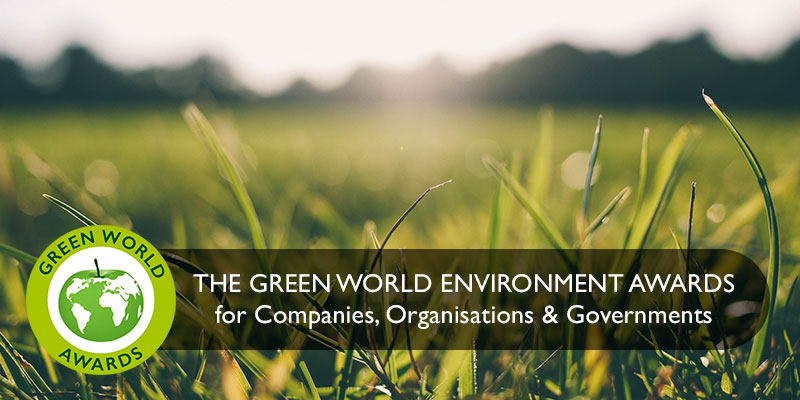 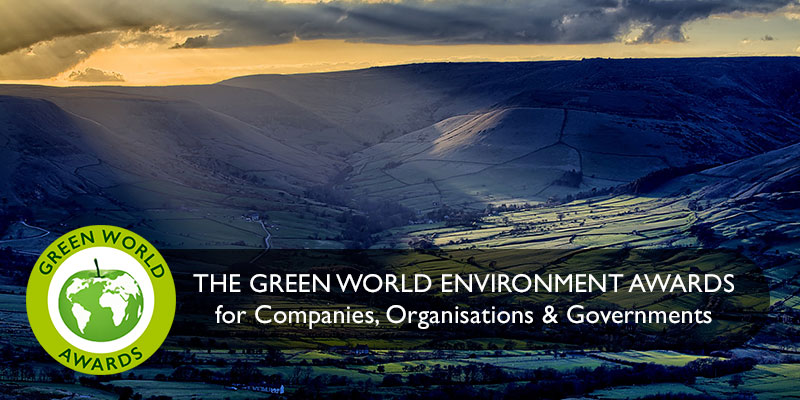 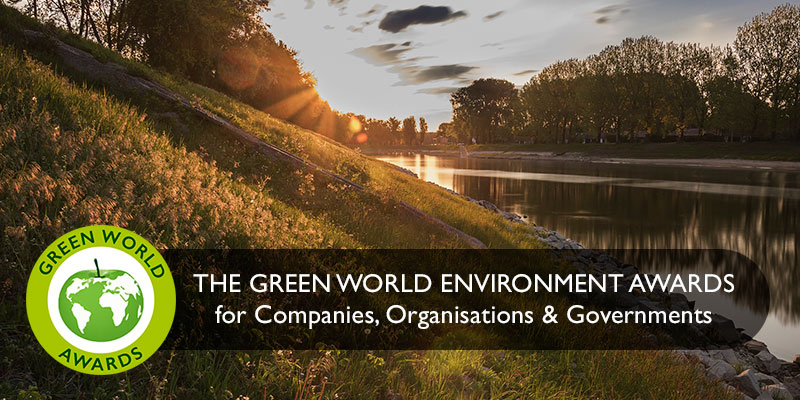 THE GREEN WORLD AWARDS
for Environmental Best Practice by Companies, Organisations and Governments

The International Green Apple Environment Awards were launched in 1994 and have become one of the world’s most prestigious recognition campaigns.

THE GREEN WORLD AWARDS have been launched as the top tier of the Green Apple Awards – enabling companies and organisations to win environmental recognition not only for themselves, but also for their countries.

To this end, we also invite entries from local, regional and national governments around the world.

To mark the success of our highest-scoring winners each year, WE WILL HOST THE FOLLOWING YEAR’S PRESTIGIOUS PRESENTATION CEREMONY IN THEIR HOMELAND, at zero cost to them and with winners invited from around the world.

Our judges will always take into consideration the level of commitment that can be afforded by each applicant – so that poorer areas have just as much chance of success as richer ones.

THE GREEN WORLD AWARDS
will recognise and reward the endeavours of Commerce, Industry, Governments, Ministries, Departments, Agencies, Authorities and Individuals who have a beneficial impact on the environment.

Tell us what you are doing to help the environment and improve sustainability.

Applicants will be given free tickets to be presented with their trophies at a glittering prizegiving ceremony in the homeland of the previous year’s Green World Champion.

AND NEXT YEAR, THIS PRESTIGIOUS EVENT COULD BE STAGED IN YOUR COUNTRY – large or small – at no cost to you; because the highest-scoring nation will be chosen as the venue for next year’s

We want to tell the world about your green credentials, and help you to boost your ecotourism, your reputation and your status in the environmental world – and to encourage others to follow your lead.

WHO CAN ENTER?
Entries are invited from anyone working within Commerce, Industry, National, Regional or Local Government; Ministries, Environment Departments, Government Agencies, etc.
You can submit one paper – or as many as you choose.
Identical or different entries can be submitted in more than one category.

DEADLINE FOR ENTRIES IS JULY 31

All entrants will be given free tickets for the presentation ceremony and trees will be planted to offset any carbon footprint created by their journeys.

APPLY
FOR AN
AWARD 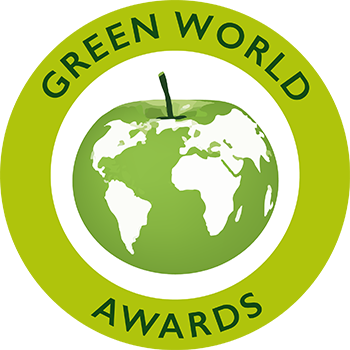 For the year ahead we are accepting entries for all of our award schemes.
The published deadlines apply and we will announce presentation ceremony dates as soon as possible.

REVISED DATE FOR THE
AWARDS CEREMONY IN THE
HOUSES OF PARLIAMENT, LONDON

The Covid lockdown prevented us from presenting the 2020 awards in November as planned,
but HM Government have now confirmed a new date for the ceremony –

THESE ARE PLANNED FOR (CORNHILL CASTLE, BIGGAR ON MONDAY, MARCH 15, 2021.
The arrangements were made before the Covid situation worsened over Christmas,
but we will be in touch with our guests if plans have to be changed